(1992) Forensic scientist at a scene of crime. The scientist here is using a laser to look for possible traces of semen at the scene of a murder. The area is sprayed with a marker, which binds to proteins in the semen. If bound, the marker fluoresces under the light from the laser. This was the scene of the murder of a 49-year-old woman who had been stabbed repeatedly. Traces of semen may be used to provide a DNA fingerprint, possibly linking a suspect to the scene. Flushing, New York. (Scientist is Detective Roussine, NYPD.) DNA Fingerprinting. MODEL RELEASED. 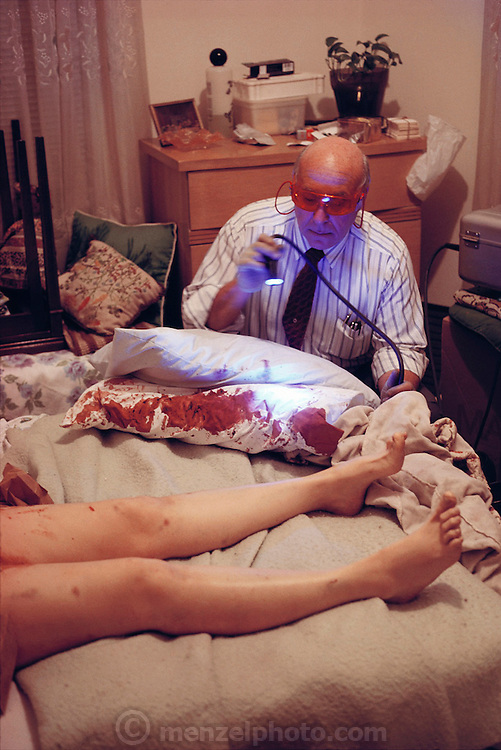