Burton Richter (born 1931), American physicist and director of the Stanford Linear Accelerator Center (SLAC) since 1984. Richter has drawn the letter Z with his torch light, representing the Z-zero particle, one of the mediators of the weak nuclear force. In the 1960s, Richter worked on the Stanford electron storage rings, the first accelerator to collide subatomic particles together. In 1970-72, he directed the building of the SPEAR electron- positron Collider at SLAC, which yielded his discovery of the J/psi particle in 1974. For this work, Richter shared the 1976 Nobel prize in physics with Sam Ting, whose team at Brookhaven had also found the same particle. MODEL RELEASED [1986]. 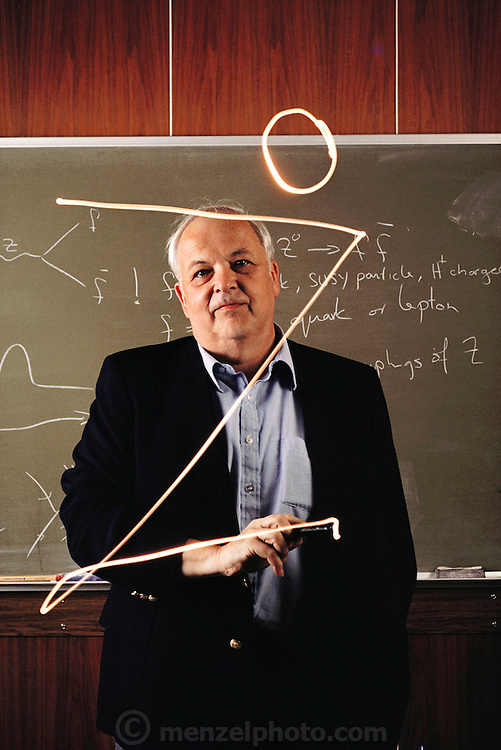