SUPER SUPPER WITH I-GOGS" Photo Illustration for the Future of Communication GEO (Germany) Special issue. Fictional Representation and Caption: Statistics and cultural studies always harked that families who dine "ensemble" have much better relations than those who do not. The time-honored tradition of families eating together fell by the wayside by the end of the 20th century. In the time-starved 21st century, families re-instituted the practice, but with a twist. They ritualistically eat together but are nearly all multi-tasking at the same time. But they can and often do interact with new half-mirrored goggles "I-GOGS" that allow virtually any computer/TV/school/ or video game program to be played at any time. Mealtime became an opportunity to share data as well as food. The Elkins family of Yountville, California are all surfing various audio-visual entertainment nodes while partaking of their Friday evening fish logs, sports drinks and Jello. MODEL RELEASED. 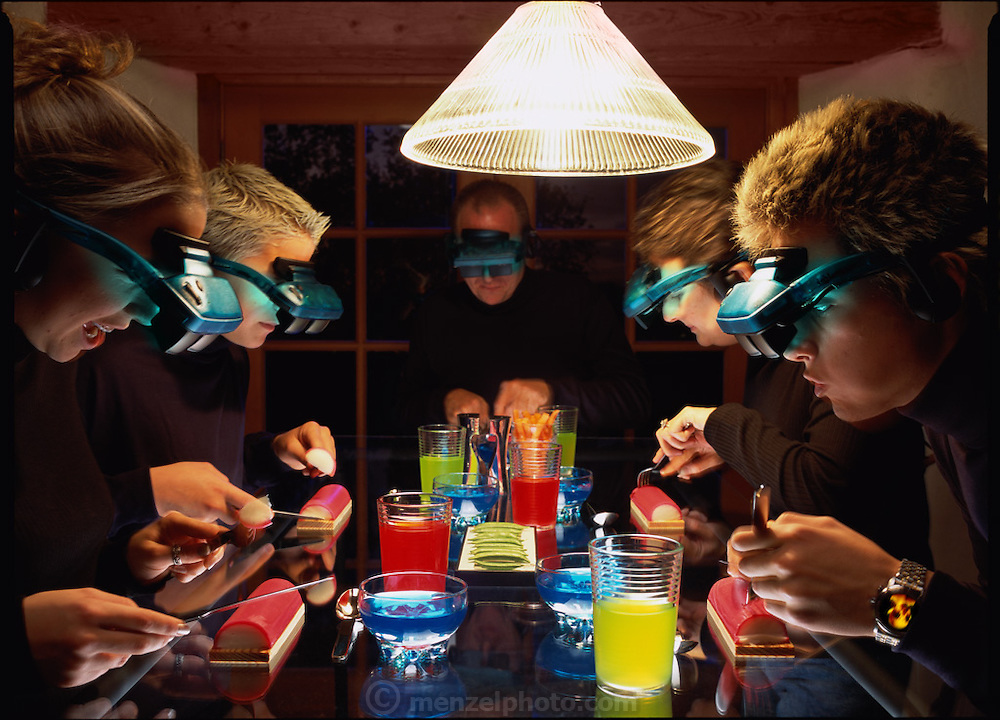