(1992) Professor Alec Jeffreys (b. 1950), English molecular biologist and discoverer of DNA fingerprinting. In the background is an image of an autoradiogram, the visualization technique used to compare DNA samples. A DNA fingerprint is a unique genetic sequence, which identifies any individual, human or animal, from a tiny sample of tissue such as blood, hair, or sperm. Its many uses include the identification and conviction of criminals, and the proving of family relationships, such as the paternity of a child. Only monozygotic 'identical' twins share the same DNA. DNA consists of two sugar- phosphate backbones, arranged in a double helix, linked by nucleotide bases. There are 4 types of base; adenine (A), cytosine (C), guanine (G) and thymine (T). Sequences of these bases make up genes, which encode an organism's genetic information. The bands (black) on the autoradiogram show the sequence of bases in a sample of DNA. Jeffreys is a professor in the Department of Genetics at the University of Leicester, England. DNA Fingerprinting. MODEL RELEASED 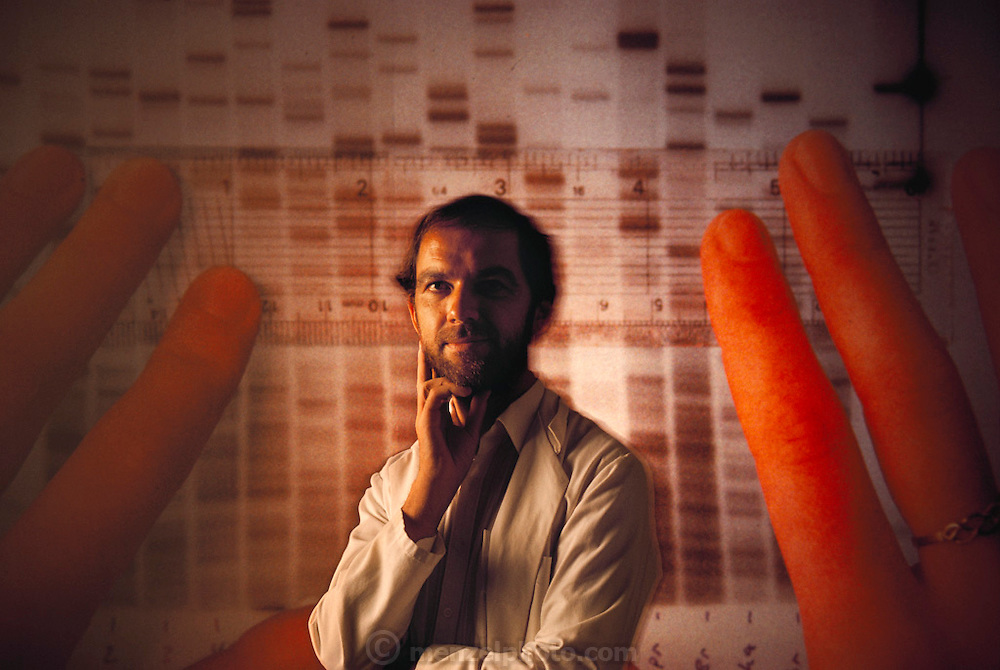