Mountain View, California.Vials of chemicals known as P.A.H. (Polycyclic Aromatic Hydrocarbons) luminesce in ultraviolet light. These molecules, naturally occuring throughout the depths of space, are believed by these and and other researchers to be possible origins of life on earth. P.A.H.s have been found to become chemically modified when surrounded by ice and exposed to ultraviolet radiation -- a situation likely to occur in space.iOnce molecularly altered, the modified P.A.H.s closely resemble known organic molicules that are found in abundance on earth. Thus P.A.H.s may be found to be the first stage in a chain of molecules that led to life on earth. Researchers at NASA/Ames are simulating the conditions in space in order to study these alterations in the molecular structure of P.A.H.s. They also track P.A.H.s as they travel through interstellar space towards developing solar systems where they may become transformed into the seeds of life, all to hypothesize about the origins of life on earth..[1999] 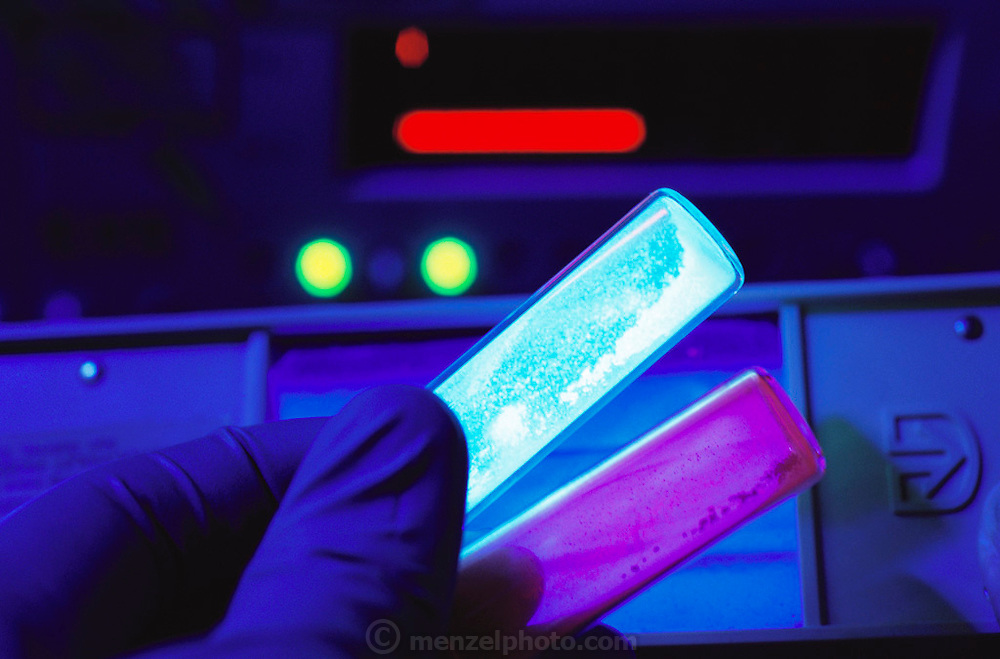