An unexploded rockeye submunition (cluster bomb), in the Manageesh Oil Field. After finding these rockeye submunitions all over Kuwait, the British Explosive Ordinance Disposal Team detonate them with plastic explosives from a safe distance. When they are found close to a burning oil well, a string is attached and it is dragged to a cooler distance to be detonated. Nearly a million land mines were deployed on the beaches and along the Saudi and Iraqi border. In addition, tens of thousands of unexploded bomblets (from cluster bombs dropped by Allied aircraft) littered the desert. July 1991. More than 700 wells were set ablaze by retreating Iraqi troops creating the largest man-made environmental disaster in history. 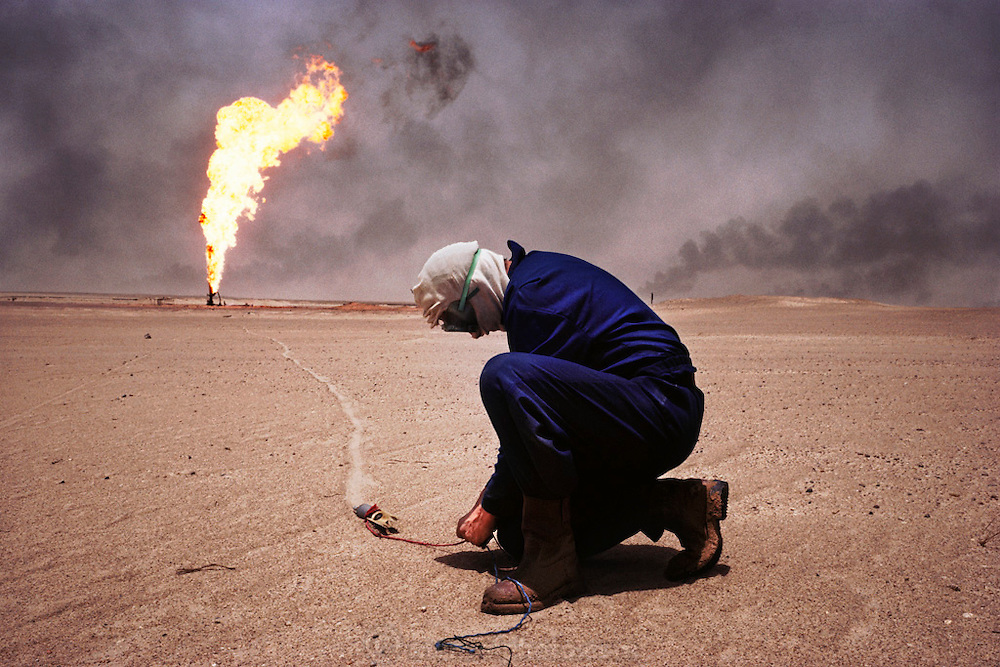