Dubious dinosaur footprint. Les Price, an opal mineworker examines the cast of a dinosaur footprint in the roof of an opal mine, which he excavated. Dinosaur footprints are preserved when the damp surface material (clay or sand) is baked for a long period by the sun, as at the beginning of a drought. When the overlying water eventually returns, it carries sediments which fill in the footprints, but which are of a different composition to the underlying rock. Here, the excavation of the mine has removed this lower layer (the original 'surface'), leaving the cast of the footprint visible, although it is debatable whether the miner's tools shaped the rock into the shape of a footprint. Photographed at Lightning Ridge, southern Australia. MODEL RELEASED [1989]. 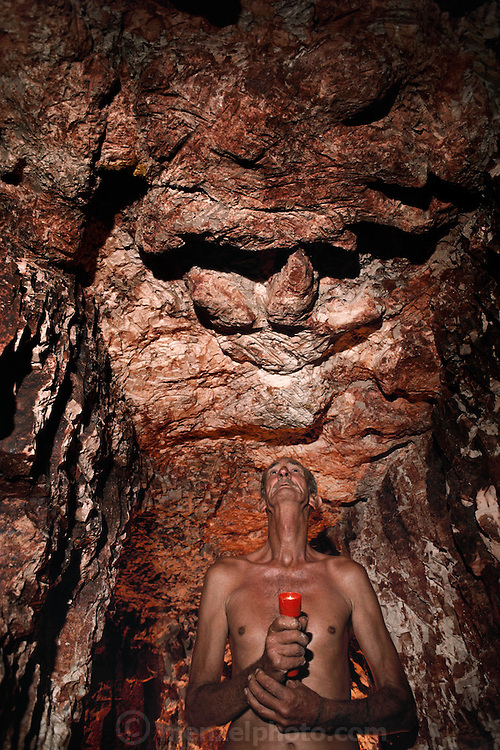