Oblivious of the seeming threat from Tyrannosaurus Rex, staff artist Lance Jacobson sculpts a batlike creature in one of the Sally Company's large, eclectic workspaces. The bat is destined for an interactive amusement park ride in Terra Mítica, a new Spanish theme park. In the ride, patrons will sit in automated, chariot-like vehicles that rattle through a mythical Greek kingdom. Armed with low-intensity, laser-firing crossbow pistols, they will take potshots at dozens of animatronic evil doers and monsters, among them, the bat-thing Jacobson is working on today. Jacksonville, Florida. From the book Robo sapiens: Evolution of a New Species, page 210-211. 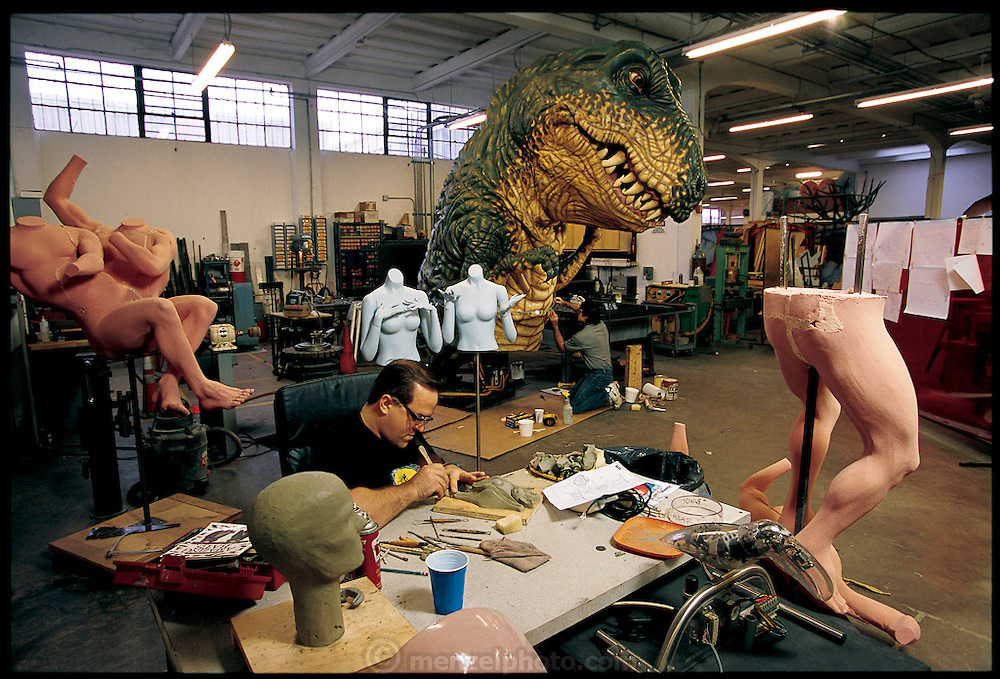