When a terrifying earthquake leveled part of Turkey in the fall of 1999, rescuers had trouble pulling victims from the rubble because it was too risky to crawl through the unstable ruins. As a result, some people died before they could be rescued. Shigeo Hirose of the Tokyo Technical Institute thinks he may have the solution: Blue Dragon (Souryu in Japanese). A light, triple-jointed robot with a digital camera in its nose, Blue Dragon could crawl through an earthquake-damaged building in search of survivors. Wriggling over a pile of shattered concrete on a construction site at the institute's campus, the battery-operated robot fell over several times, but righted itself quickly and continued slithering through the pile of stone. Japan. From the book Robo sapiens: Evolution of a New Species, page 148-149. 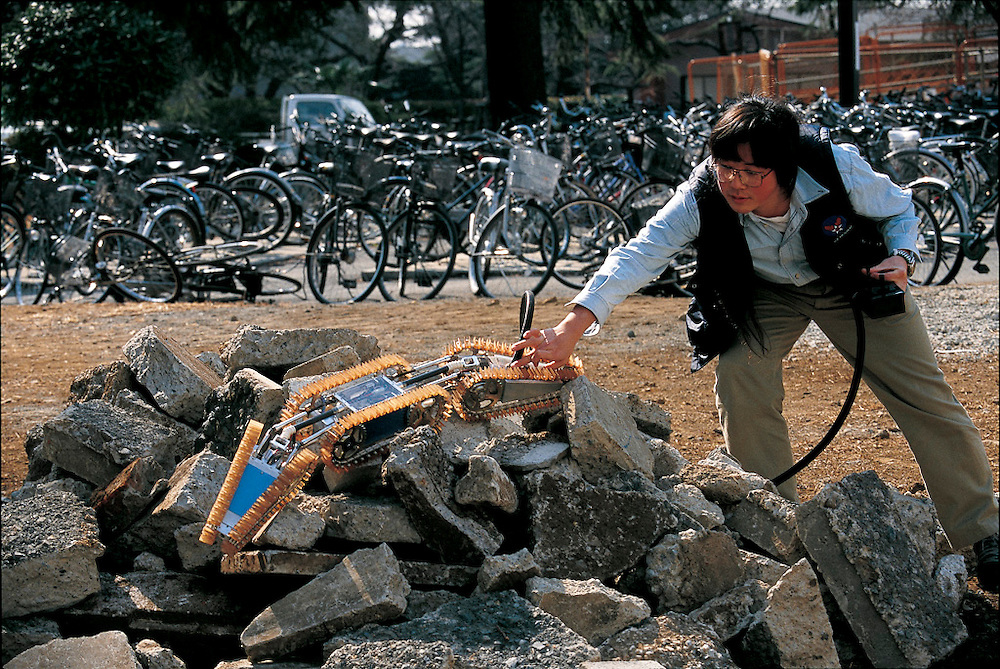