Sitting on a mobile motorized cushion he calls a "vuton," Shigeo Hirose of the Tokyo Institute of Technology surrounds himself with some of the robots he has built in the last two decades. Beside him is the snake-bot ACM R-1, one of his earliest projects. It is made of modules, any number of which can be hooked together to produce a mechanical snake that slowly, jerkily undulates down its path. Hirose, who is primarily funded by industry, hopes to develop commercially useful robots; the snake, he thinks, could be useful for inspecting underground pipes. Japan. From the book Robo sapiens: Evolution of a New Species, page 88. 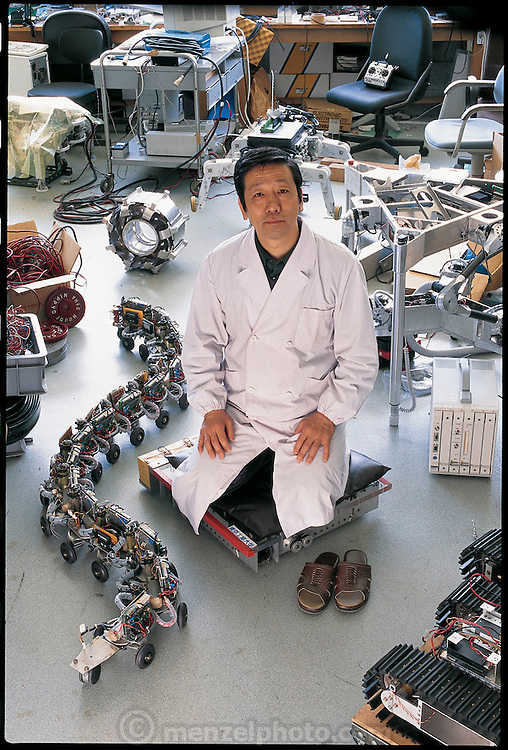