Takeuchi Masato (ring name Miyabiyama) makes a handprint during a break at pre-tournment practice in Nagoya, Japan. The prints are given to fans and sponsors. (Takeuchi Masato is featured in the book What I Eat, Around the World in 80 Diets.) The caloric value of his typical day's worth of food in June was 3500 kcals. He is one of the largest of the Japanese sumos and would probably have moved up even further in the ranks had he not suffered a severe shoulder injury. He is only just now returning to matches. MODEL RELEASED. 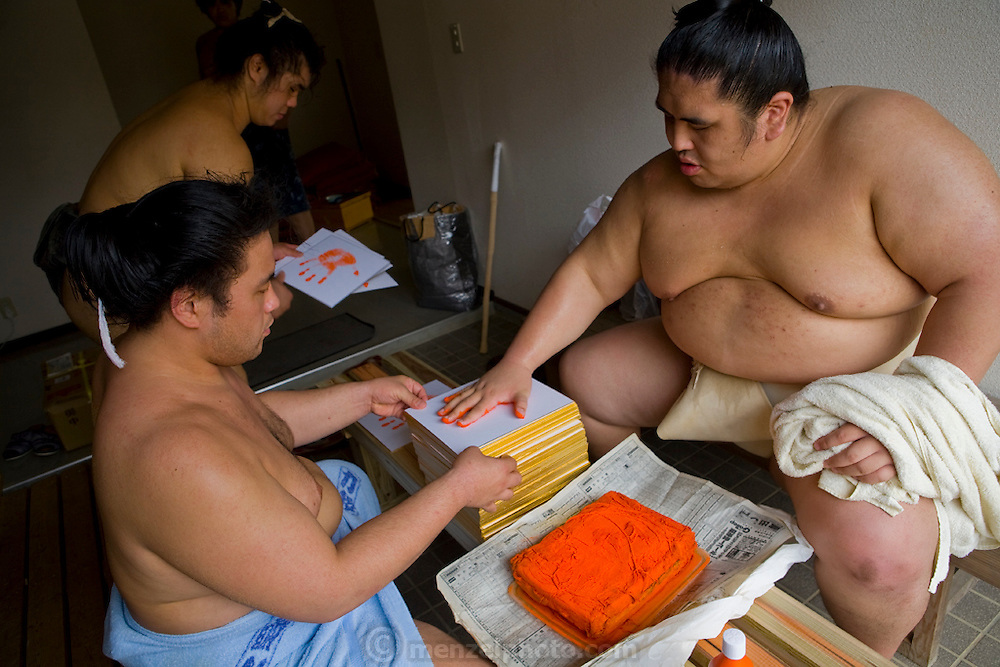