A tornado of oil and smoke is mirrored in a vast lake of oil in the Al-Burgan Oil Fields, Kuwait. In this field alone, there were more than 300 oil wells set ablaze by retreating Iraqi troops in the largest man-made environmental disaster in history. The $20 billion effort to extinguish the fires lasted until the end of the year. Each day, in this oil field alone, the loss was estimated at 5 to 6 million barrel. Huge burning oil lakes added smoke and oily rain to a nightmarish scene. May, 1991. (NPPA Winner; Communication Arts Winner). 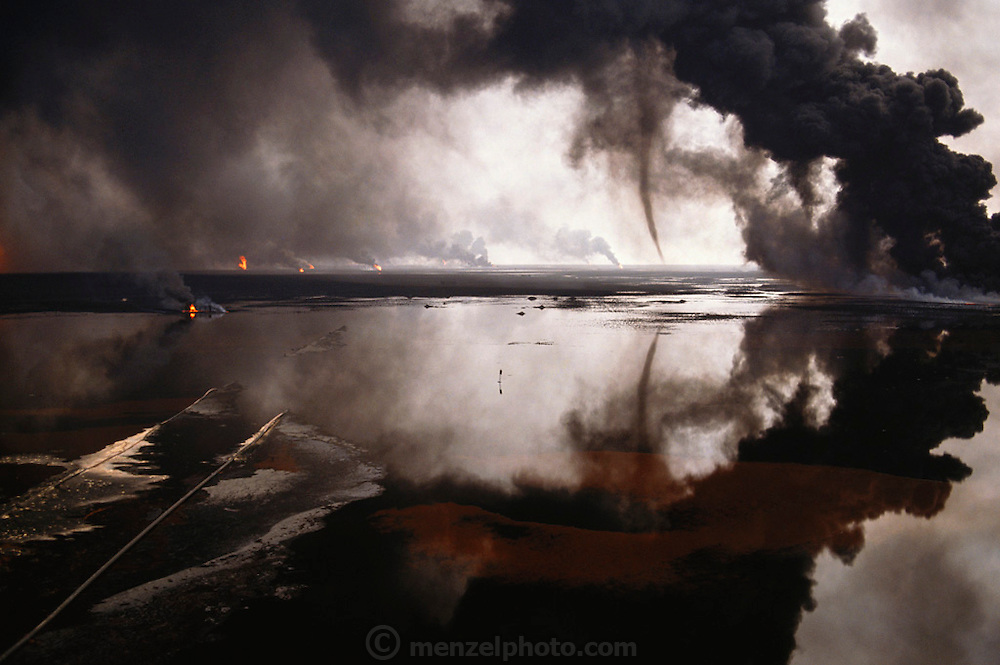