Colombo, Sri Lanka. Sir Arthur C. Clarke sits in his wheelchair (he has post-polio syndrome) at the Galle Face Hotel in Colombo, Sri Lanka, upon a checkerboard-patterned area facing the sea. Clarke wrote 3001 while living in this hotel. He wrote 2001 while living in the Chelsea Hotel in New York City. When asked about Hal and Hal's legacy (artificial intelligence), Clarke said that Hal was possible but asked if that was a good idea. He said that he believed intelligent machines will come, but then there is the question of consciousness. "I think, therefore I am, I think," he said. The photograph Illustrates this quote. Published in Germany's Stern Magazine, 12 December 2001, pages 74-75 and table of contents. (He has post-polio syndrome) Best known for the book 2001: A Space Odyssey. MODEL RELEASED 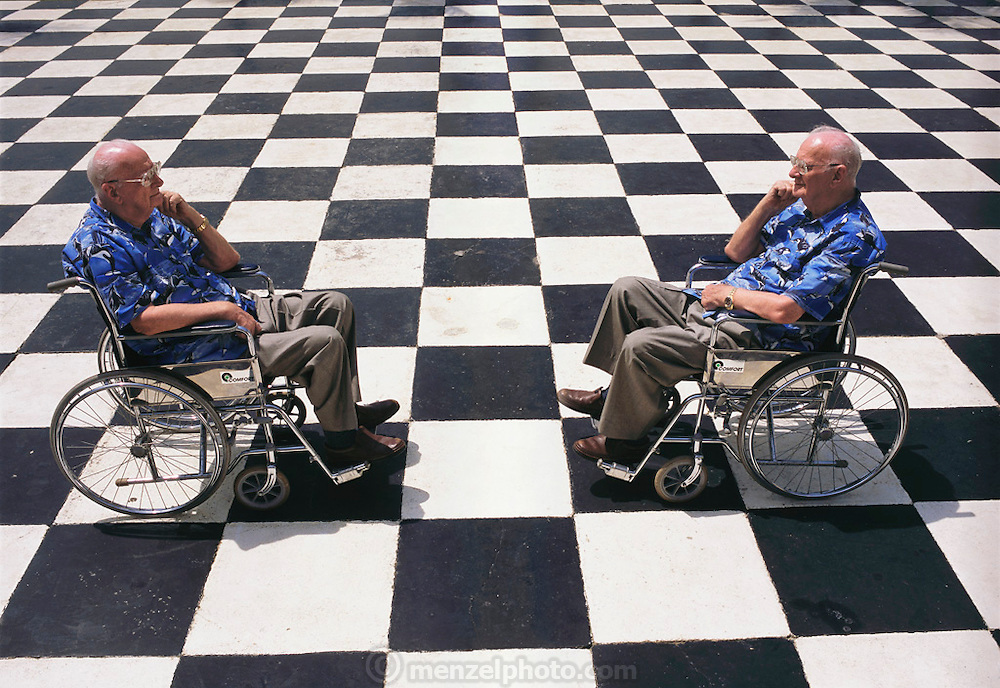