To study the flight control behavior of fruit flies, Dickinson and his researchers have come up with something even more bizarre than RoboFly. They have built a virtual reality flight simulator for fruit flies in an upstairs lab. A tiny fly is glued to a probe positioned in an electronic arena of hundreds of flashing LEDs that can also measure its wing motion and flight forces. By altering its wing motion, the fly itself can change the display of the moving electronic panorama, tricking the fly into "thinking" it is really flying through the air. The amplified humming of the fruit fly as it buzzes through its imaginary flight surrounded by computers in the darkened lab is quite bizarre. 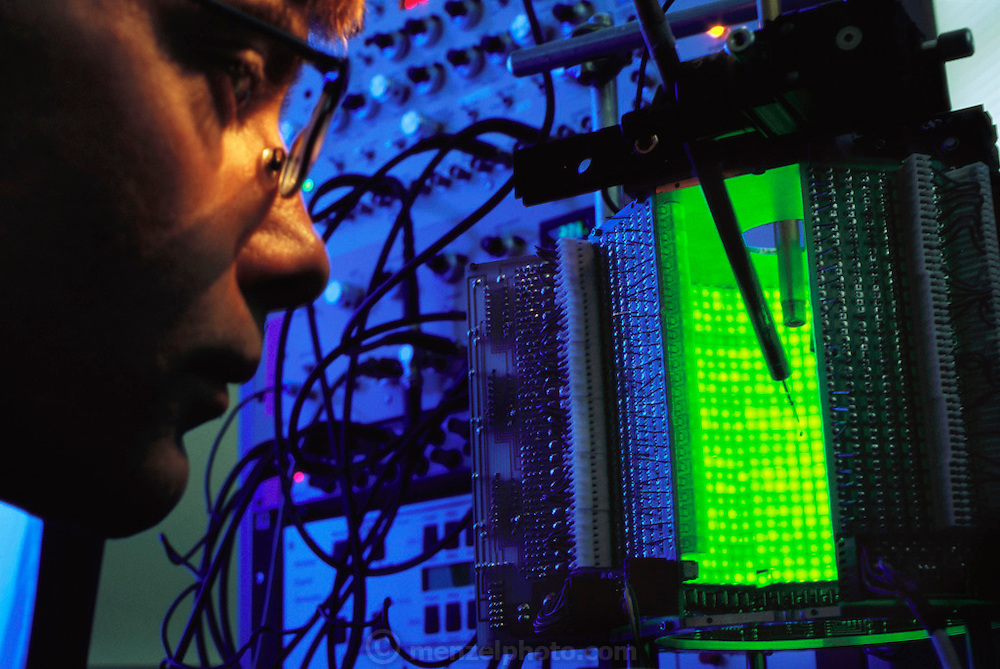