Portrait of American microbiologist Jonas Edward Salk (born 1914), inventor of the first polio vaccine. In 1949 a method of culturing the poliovirus was discovered, making quantities available for experimentation. Salk began to work on a method of killing the virus in such a way as to make it incapable of causing the disease, but capable of causing the production of antibodies which would be active against the living virus. By 1952 he had prepared a vaccine he dared try on humans. The trials were successful and in 1954 the mass production of the Salk vaccine began. During a lecture at the Cold Spring Harbor Laboratory, New York, 1989. 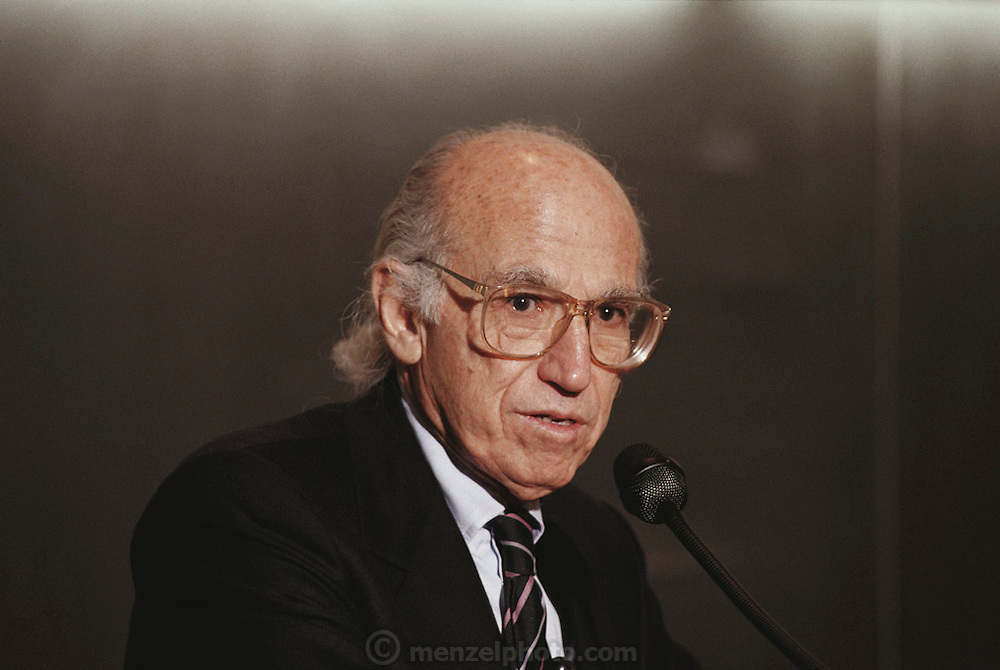