Kibet Serem and his sister-in-law Emily milk cows on their small tea plantation in their village near Kericho, Kenya. (Kibet Serem is featured in the book What I Eat: Around the World in 80 Diets. He is 25 years of age.) He cares for a small tea plantation that his father planted on their property near Kericho, Kenya when Kibet was a young boy and he is responsible for milking the cows that his family owns. He sells extra milk to a nearby school for a government feeding program and gives some to his mother who makes yogurt and sells it. His staple food is ugali, a maize meal porridge. He milks, feeds, waters and cares for the cows twice a day with the help of the wives of his brothers who also live on the property in their own houses. 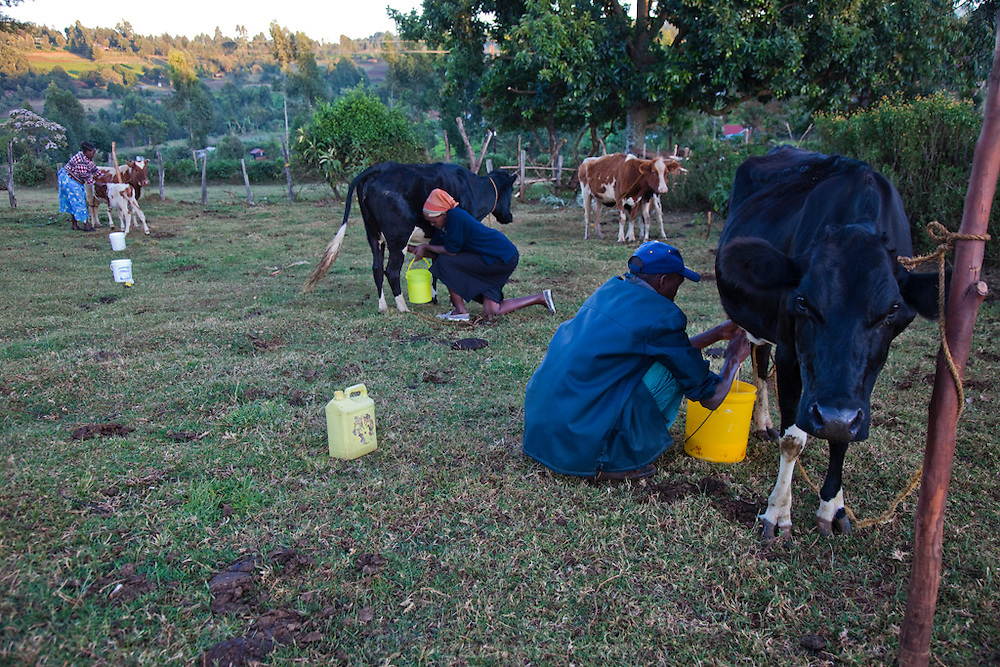