(MODEL RELEASED IMAGE). The morning that the family broke the news to Pai that she was to marry her cousin, Baba, they all had breakfast together in the courtyard of Soumana's house. According to custom, the couple then spent the day apart, Pai weeping openly over the loss of her childhood. The next day at the wedding party, Pai's mother Pama was dry-eyed while Fatoumata wept. She said that Pai had always been there to help with the babies and that she would be missed. Hungry Planet: What the World Eats (p. 213). The Natomo family of Kouakourou, Mali, is one of the thirty families featured, with a weeks' worth of food, in the book Hungry Planet: What the World Eats. 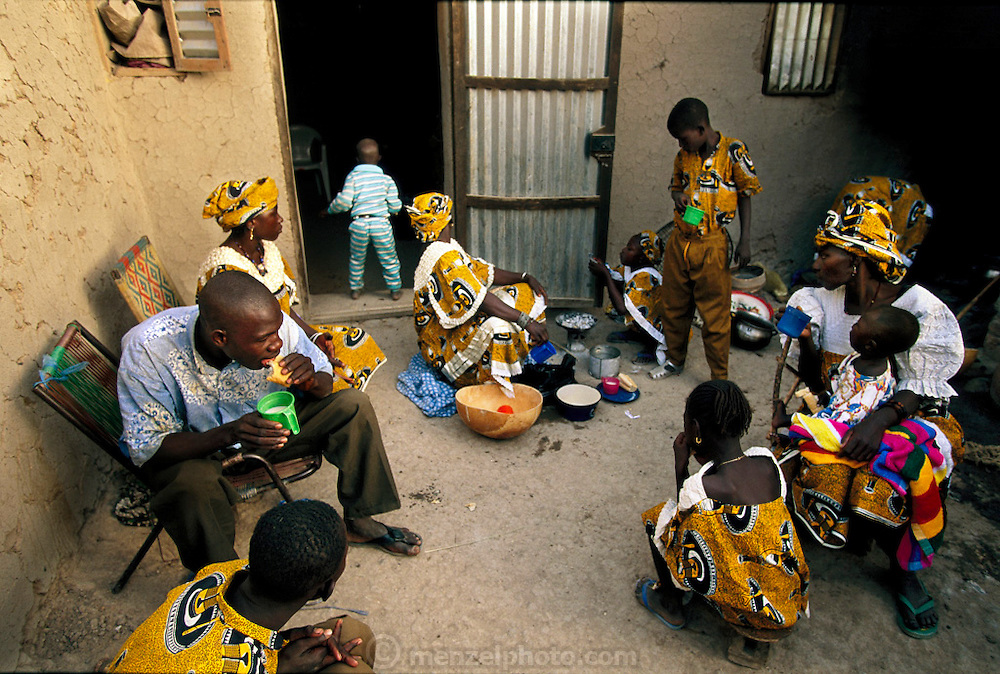