British Explosive Ordinance Disposal Team sweeping for unexploded ordinance and bomblets in the devastated desert landscape in the burning Magwa oil fields in Kuwait after the end of the Gulf War (near GC1: Gathering Center One). More than 700 wells were set ablaze by retreating Iraqi troops creating the largest man-made environmental disaster in history. The entire country was walked by teams of experts and more people died in this cleanup effort than US and Coalition soldiers killed during the actual war. 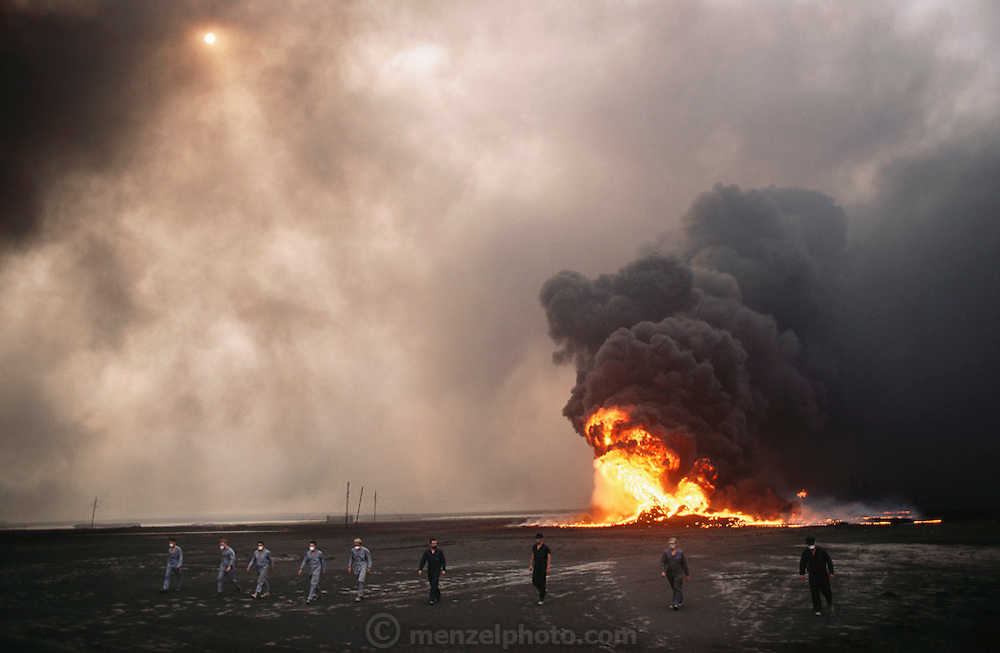